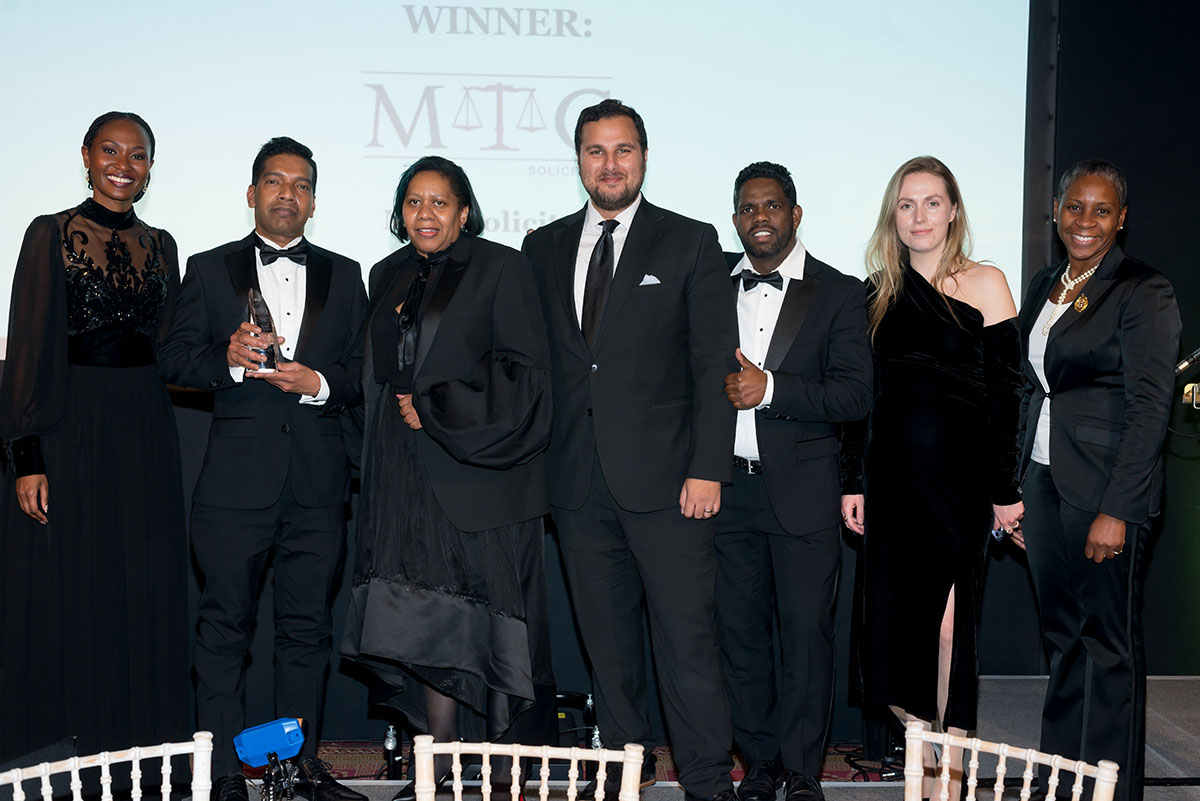 SOME OF Britain’s top lawyers were celebrated at the prestigious UK Diversity Legal Awards, the only industry awards focused on recognising and promoting equality, diversity and inclusion across the legal profession.

More than 300 guests turned out to see the winners unveiled at a glittering ceremony held at the Plaisterers’ Hall in London to celebrate exceptional individuals and teams who are making a difference in the legal sector.

The awards were presented by BBC News reporter Nancy Kacungira, and guests were entertained by talented cellist, composer and singer Ayanna Witter-Johnson.

The 11th UK Diversity Legal Award is an initiative of the Black Solicitors Network (BSN) which aims to raise standards across the profession, as those making submissions seek to create ever-more impactful policies, processes and initiatives.

There were many inspirational highlights from the ceremony. One that stood out was the BSN Lifetime Achievement, which was awarded to Dr Grace Ononiwu CBE, Director of Legal Services at the Crown Prosecution Service and the first African Caribbean to hold this post.

Grace was honoured for her distinguished and accomplished legal career and for being a trailblazer and champion for racial diversity in the legal profession. In a well-received acceptance speech, Grace reaffirmed that “we can all be part of the change we want to see”.

Other notable wins on the night included Natasha Shotunde, family law barrister with Garden Court Chambers, who won the BSN Rising Star (Chambers) award for her work tackling racism at the Bar and being the driving force behind the Black Barristers Network which actively promotes the advancement of black barristers by providing support, increasing visibility and community outreach.

Jivaan Bennett, an Associate with Linklaters LLP, pictured inset, won the BSN Rising Star (Private Practice) award for his legal and entrepreneurial skills in developing a Caribbean practice within his firm’s regional offering and designing and delivering an initiative (Headstart) to prepare future black trainees for professional life.

In the Access to Justice category, MTC Solicitors (Naga Kandiah) were rewarded for their selfless commitment to representing Windrush victims to asylum seekers, deportees and falsely accused.

Original article from THE VOICE